When considering migration options, many companies want the benefits of a secure .NET platform. .Net is mobile-ready, has zero downtime and is easy to maintain. For most businesses, in-house migrations can be a daunting task. Additionally, these migrations require skills and resources that are familiar with VB6 and .NET. Fortunately, Macrosoft’s team of migration experts can mitigate the risks involved. With more than 2 dozen migrations, proprietary tools, and a proven methodology– we can make your migration painless.

Why Choose Macrosoft as your Migration Partner?

VB6 to .NET migrations require a significant amount of re-write effort to produce similar functionality. While there are many automation tools, they do not guarantee the same experience and functionality upon completion. In reality, a complete migration project requires thorough analysis and testing by skilled resources.

Further, VB6 is an event-driven, object-based programming language. In contrast, the .NET framework is completely object-oriented. Macrosoft has expert VB6 and .NET teams who perform both tasks and collaborate with each other during the conversion process.

The Nuances of Migrating VB6 to .NET

Macrosoft’s VB6 conversion process begins with planning. This plan includes process identification, requirements gathering, and building the architecture for the target solution. When converting VB6 to VB.NET, the development team reuses the existing code. This ensures good interoperability with .NET Framework, as well as a like-to-like migration. Typically, the developer plugs in the existing code in the .NET class library and calls the module/function from the common assembly. Consequently, this optimizes time and migration effort during the application conversion.

Macrosoft’s migration experts understand these processes and are able to quickly identify/reuse code to improve efficiency.

After Microsoft announced end of life, companies face the challenge of moving their current application to an updated platform. Convert VB6 applications to .NET with . 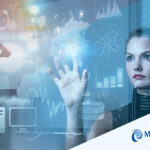 How to Virtualize your VFP Application 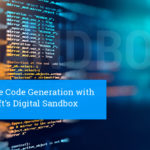 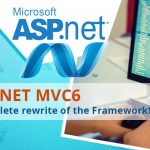 Why VB6 migration to .Net is essential now

There are a number of VB6 migrations to .NET methods out there, but ultimately everyone wants the fastest, easiest, and highest quality conversion of any of the tools that we evaluated.